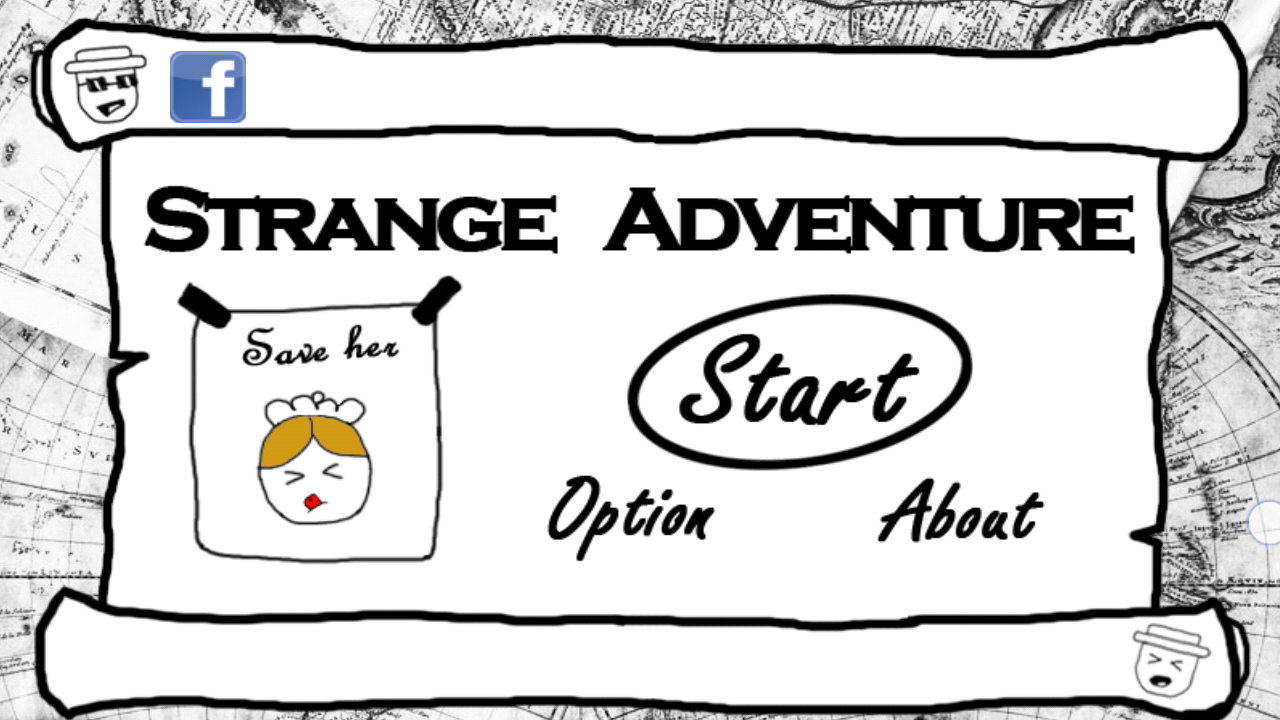 Strange adventure, though not the first of its kind, is a nice game that uses player reflexes against them. The game is composed of stages during which the player will be treated with unfair and sadistic game rules, that will punish him whenever he will use knowledge of games acquired in typical platformer games. It forces the player to think outside the box to beat the game.

The game starts with a funny introduction that sets the mood for the player. It is quite short and humoristic. this can be skipped easily by players who want to jump straight into the action. 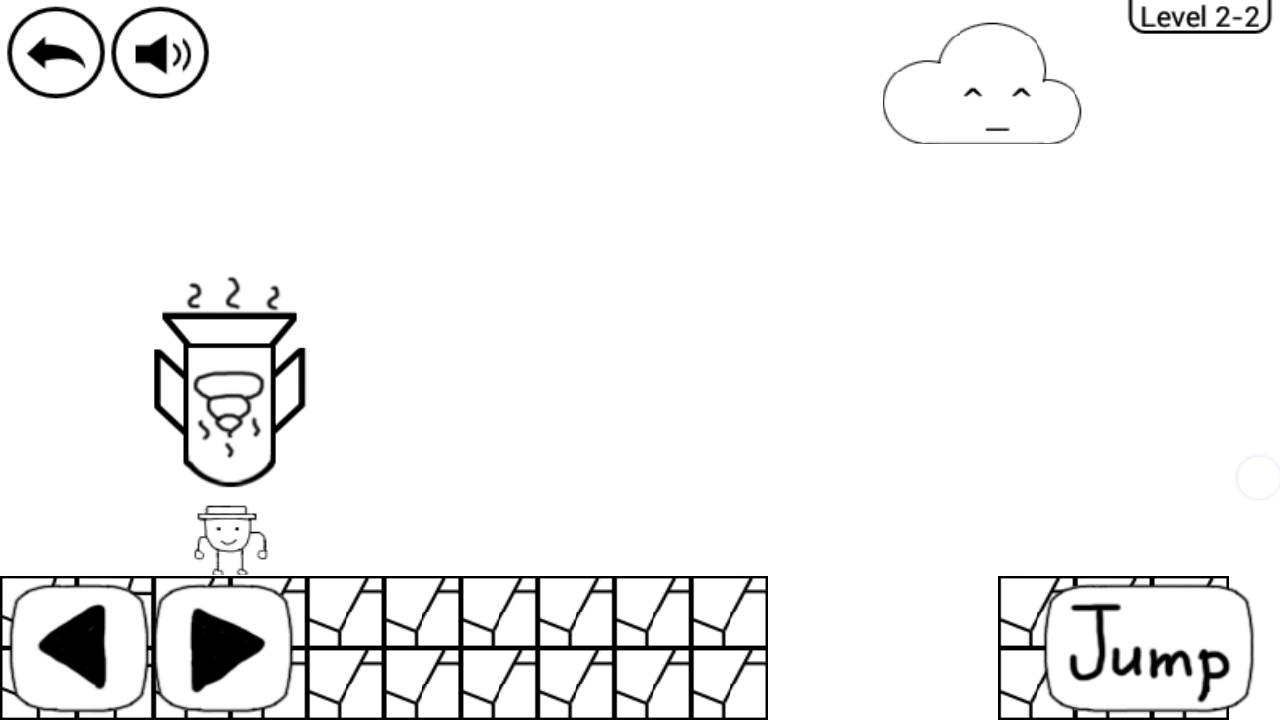 In terms of interactions and interfaces, the game does well on mobile devices: target sizes are big enough to be easily reached. The user is unlikely to tap the wrong entry by accident.

In terms of gameplay as well, the game is quite polished, for example, managing well the fact that players are usually tapping the jump button before they actually land on the ground, allowing them to smoothly jump twice. 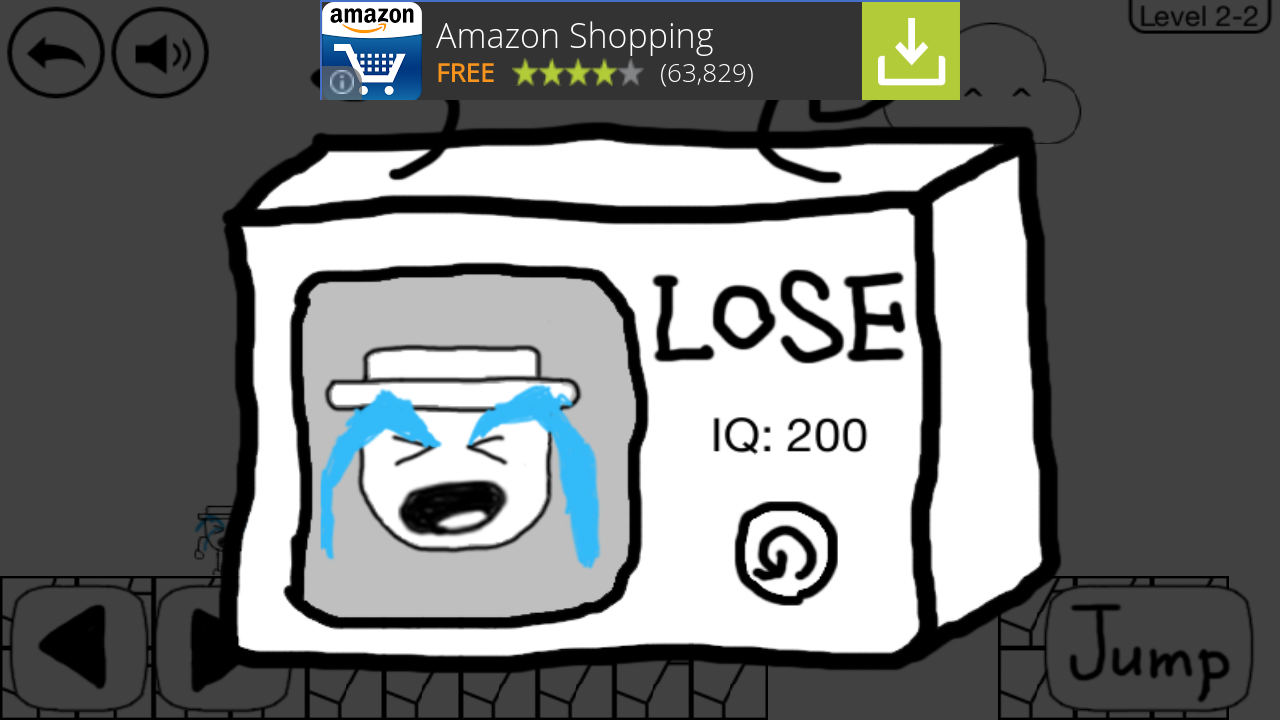 The main usability issue is, as often the case, inconsistency between the device’s native functions and their behaviour in the game. In the case of Strange Adventure, the back button for instance has been disabled after failing a stage. This means that the user can’t quit the game easily right after failing, since the dialogue doesn’t present that option either – contrarily to what players would be used to from other games.

The game is also inconsistent in the matter, because the button actually works properly in all other situations. The issue happens only at the worst possible time: when the player is already frustrated by failing to the point that he wants to take a break. At that point, it forces the player to restart the level, then pause it by pressing the menu button, and from there only will he be able to quit the game. It’s more likely they will kill the app at that point.