Amazing Brick is a very simple mobile game about making a cube pass stages by tapping the screen on the left or right side to make the cube jump up in one direction or the other and get as far as they can. And here’s its short usability review. 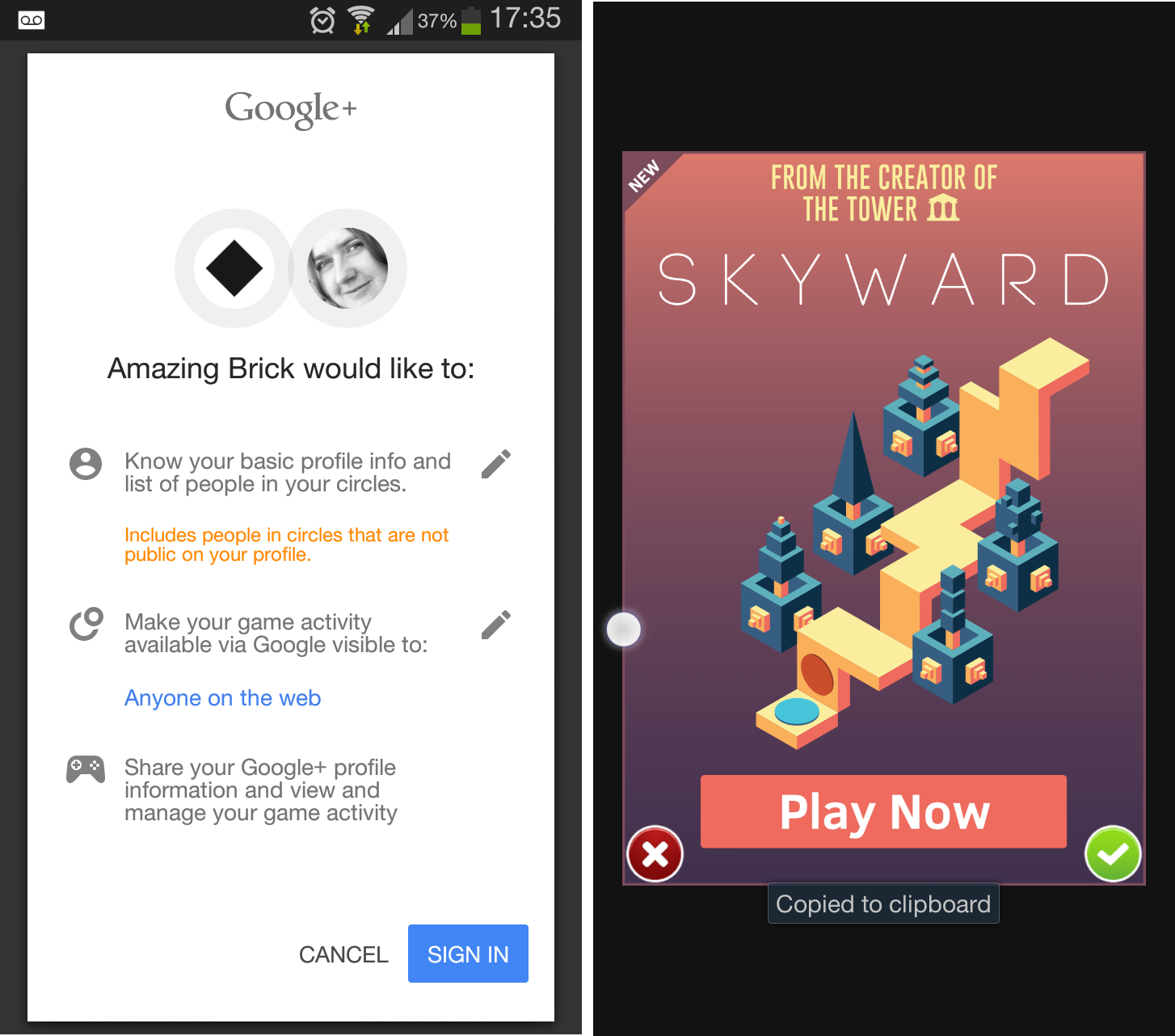 Next, the game displays an interstitial add. I haven’t started playing yet, the game already want me to leave the game and go see if the one from the add isn’t better. It’s a bit awkward. 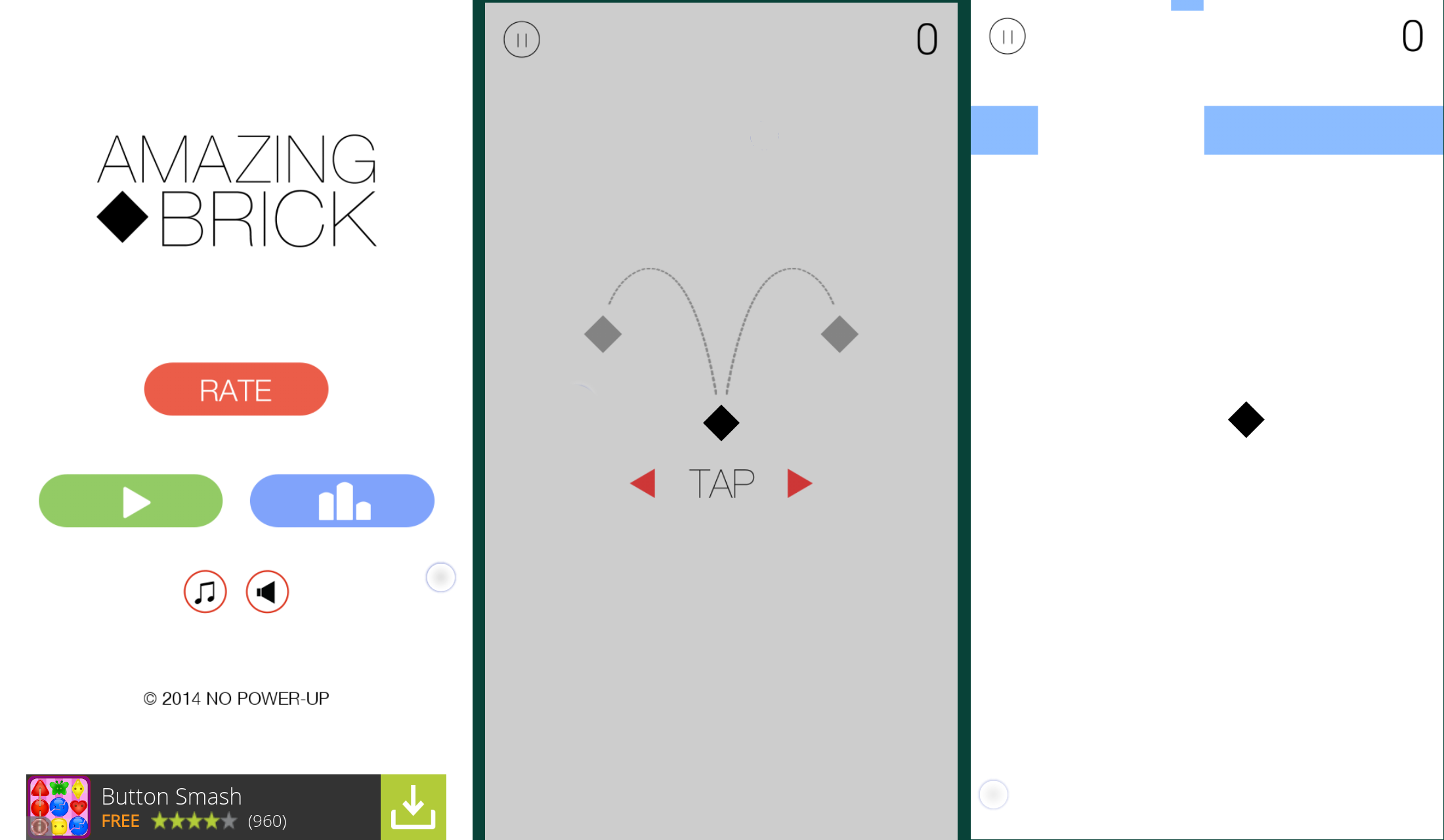 Despite this, the game starts up really fast, and gives the player immediate access to actual gameplay. This is great, since it only takes a couple of seconds for players to decide to leave the app before even trying it out, never to return.

When starting the game, the first screen the player sees explains it all: tap left or right to jump left or right. The game’s goal isn’t clear at this point, but the player will quickly figure it out. If he’s familiar with this type of gameplay (like Doodle Jump or Flappy Bird), he’ll soon figure out he needs to go upwards when the level design appears above him. 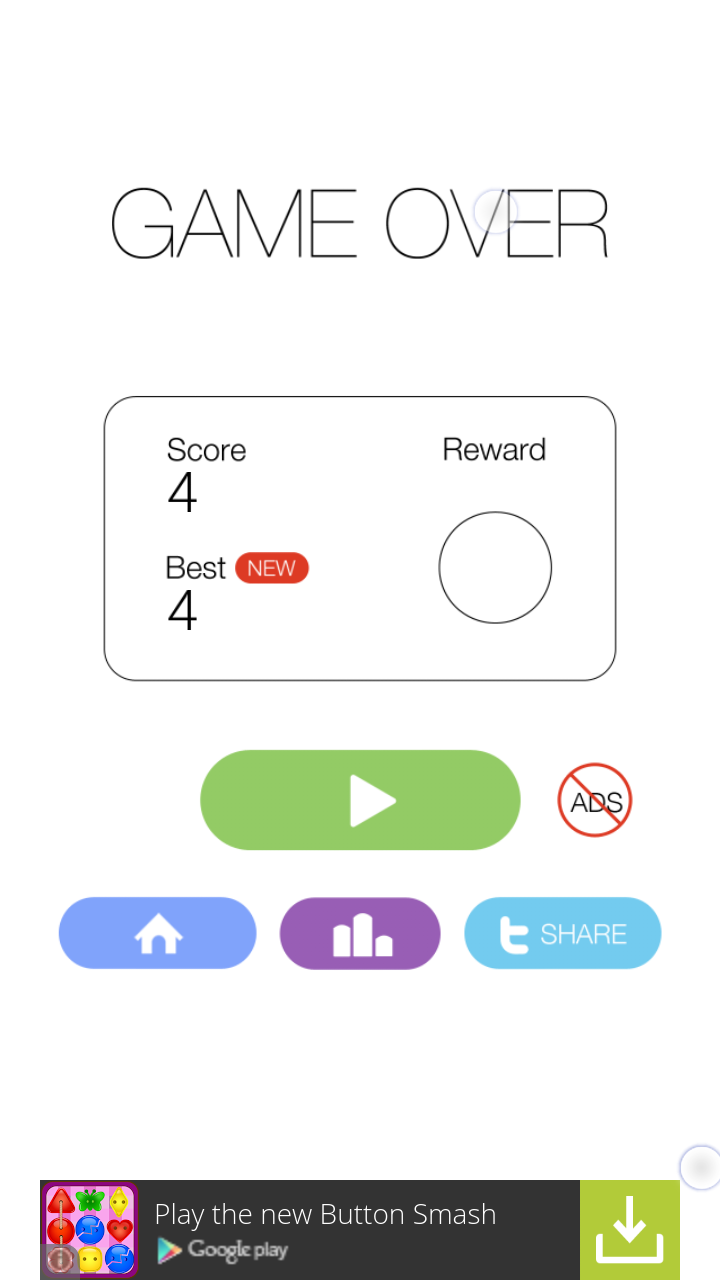 If not, he will enter a trial and error learning process. Since a session can last as little as a couple of seconds and it’s really fast to restart the game, it is not too bad.