We’ve made a sprite to represent the player. Let’s use it on an object that the players will be able to control.

On the objects folder, right click and create a new object.

Setting up the object basics

As usual, we’ll name the object following a convention

In the events column, you’re going to select what triggers an action. We want the player object to move left when the player presses left. To do this we can create an event from Keyboard > Left. This means as long as the Left arrow is pressed, the player object will continue doing whatever we assign to that input.

Now you should have an event called “Left” in that column. Click on the control tab way on the right, then drag and drop the “Execute Code” block into the right “actions” area. This will allow you to write code, which will be executed whenever left is pressed. As soon as you release, it will automatically open a text editor on top of the object properties window, which should now look as below.

Double click the “Execute a piece of code” item in the actions column if you need to re-open the text editor window. We’re now going to write our first bit of actual code. We’ll use 2 lines of code:

Now there is a lazy way to tell the computer to do exactly the same thing,

-= means update the existing value on the left side by substracting whatever is on the right side. If you wanted to add instead of substract, you can do so too by writing += instead too.

Adding the player object to the room

Double click the room your created earlier, and go to the objects tab.

In here, you can select the player object you just created, and add it to the room by clicking anywhere in it once. 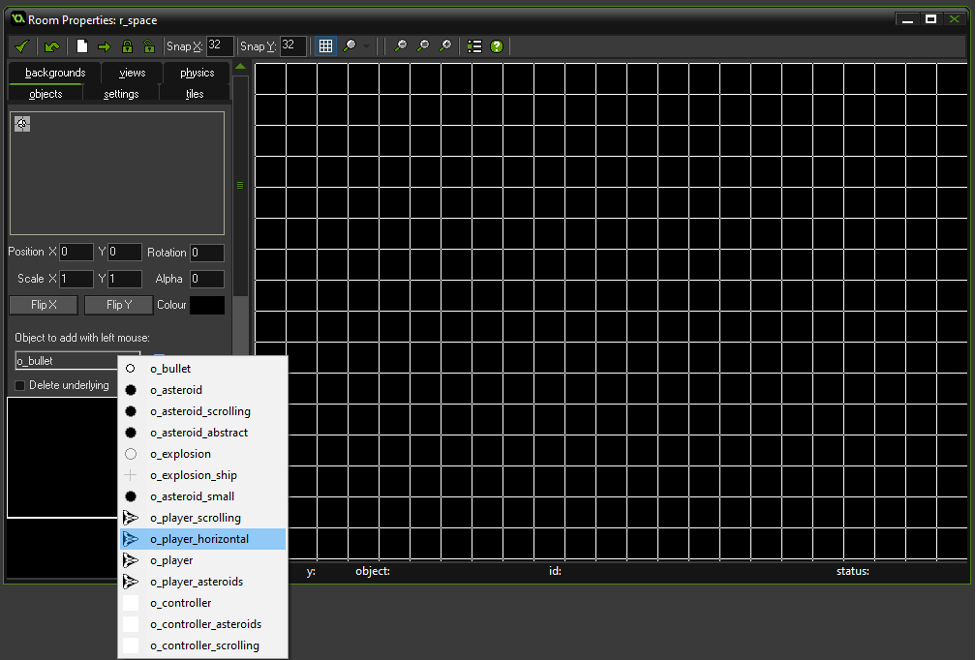 I put my player object somewhere in the middle for now to make it easier to test the controls in all directions. 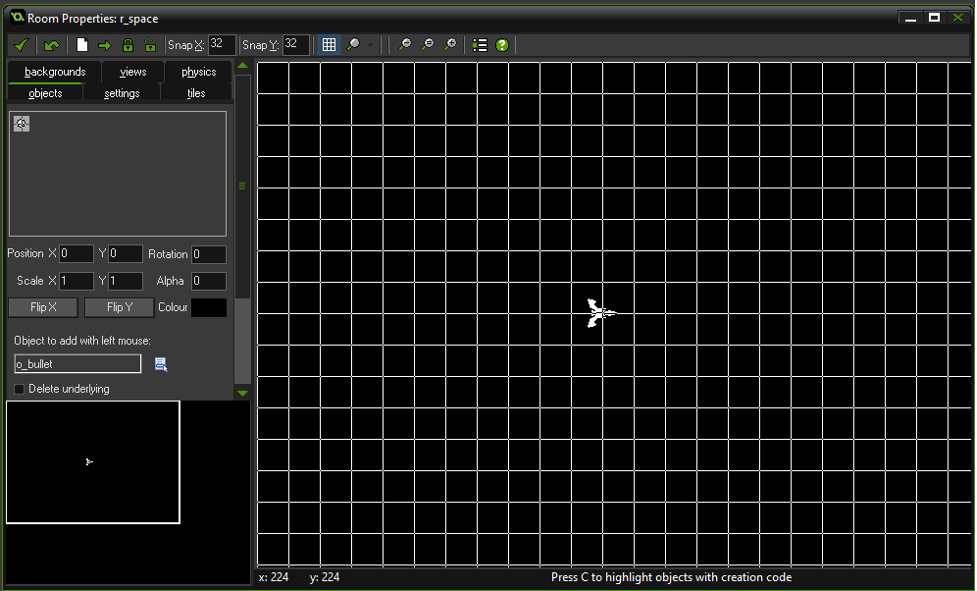 Create an event for the right key and make the player move towards the right. 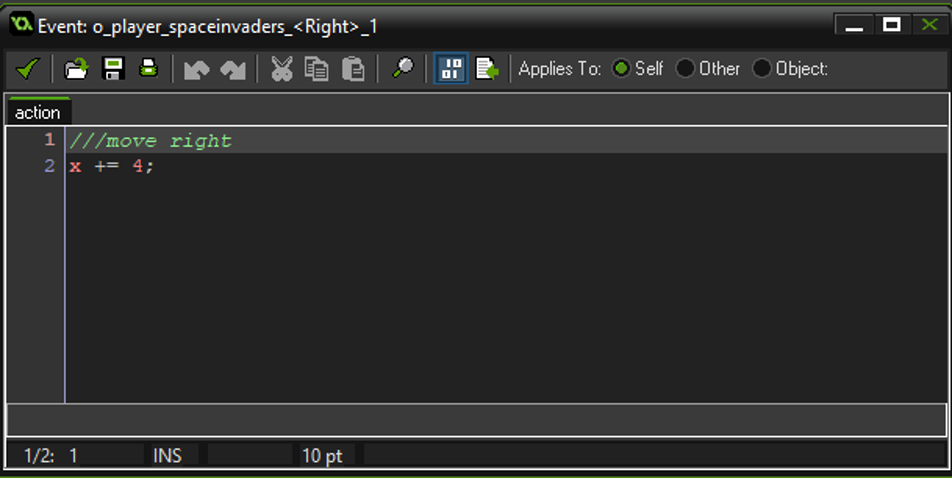 Code for moving up:

It’s good practice to add comments above each code block that does something, and on particularly complex lines of code.

Comments can be written with just // at the start of each line instead of ///.

The nice thing in game maker is that using /// on the first line of text will turn that comment into a title in the actions list. That can make it easier to find which code did what without opening it to check what’s inside.

As you can see, in my example, it shows “move left” instead of “Execute a piece of code” which is otherwise the default text.