Polls and surveys are very simple ways to collect targeted feedback from players during early access – even if you don’t have a researcher on your team. They can be super powerful tools, cheap to distribute and easy to analyse nowadays with online survey tools that do most of the hard work for you.

There’s a few traps that are easy to fall into however, which I’d like to discuss here.

Get data to make your own decisions

One common trap I’ve noticed developers often fall into, is directly asking players/participants to tell them what they want. Users are great at telling you what works and doesn’t work for them. On the other hand, they’re terrible at knowing what’s best for them. As a result, what they want is often not what they need.

For lack of originality, I’ll quote Ford, like everyone else: “If I had asked people what they wanted, they would have said faster horses.”

Don’t ask players to design features or prioritise your work for you. Sure you can use that as input, but ultimately, you should take a step back and do your own thing. Look at what they say they want with a critical eye and try to get to the bottom of why they want that, and how you’re going to satisfy that underlying need.

Ask the right audience for each question

It is easy to ask questions to the wrong audience and draw poor conclusions. If you’re interested in something, make sure you’re asking the people who are concerned about it. For example:

It is very easy to fool yourself into thinking something works well by asking the type of audience that wouldn’t have a problem. For example, I recently saw these survey results being distributed on the dev blog of the game “Colony Survival” (which inspired this article). 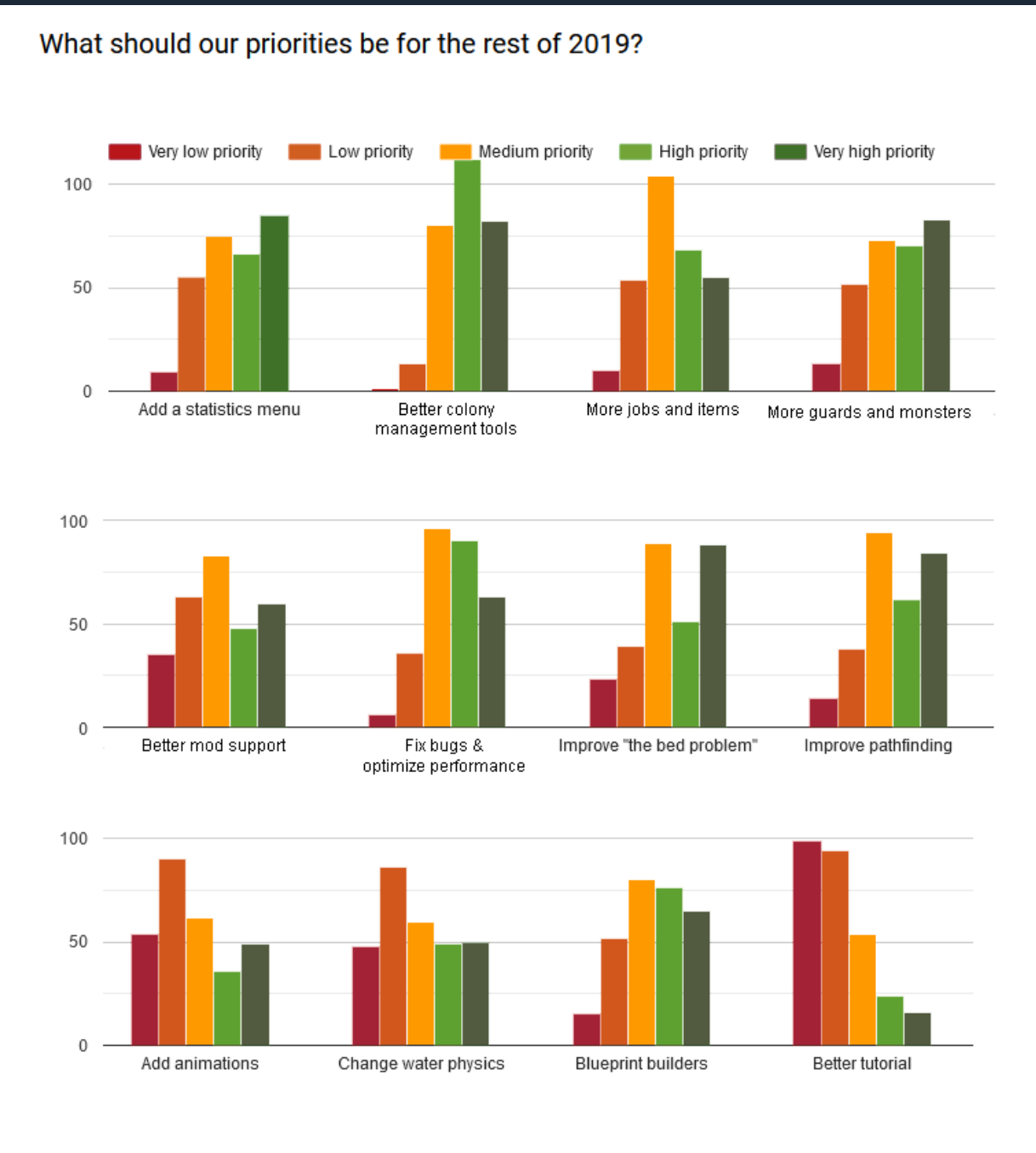 First of all, kudos to them for getting feedback from real players. Still too few developers do that to begin with. The survey is also very to the point and seems practical and actionnable.

Now do you see the flaws in the survey’s design?

Asking the right participants about topics is important because each segment of your audience can really only answer the questions that relate to them.

Asking survey questions the right way can be tricky, but is mandatory to get the feedback right. How you ask a question determines what answers you’re most likely to get – being aware of this helps getting the most out of your data

Ask questions that help you understand your user’s needs over what they want. It’ll reduce the risk of failing despite doing exactly what players tell you. Instead, read between the lines and know what’s best for your audience.

Bonus: I really liked how simple that survey was, so I made the edits I felt were relevant and made this template for others to use.

Anyone with the link can edit, so please make a copy before making changes!